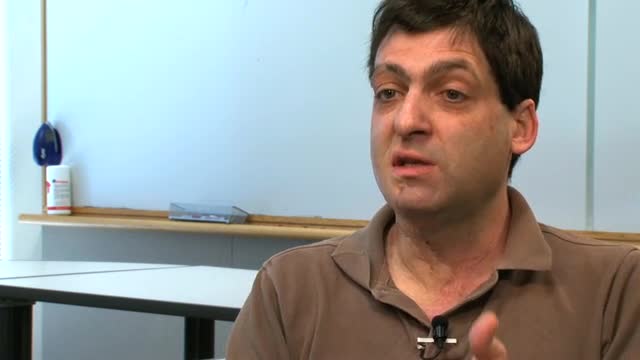 The basic starting point is that in standard economics you assume that people are perfectly rational and you try to understand why they behave in the way that they do. But the starting point is that people are perfectly rational. For example, you see people are obese. You don't ask if obesity is the right choice. You assume obesity is the right choice for people. And then you say: ‘Why do they choose this?’ You would say perhaps that people enjoy food more than they care about living. Life is just not that good, food is fantastic, people are making the right trade-off. But you assume that people are making the right decision. In behavioural economics we're kind of agnostic. We're basically saying we don't know if people are rational or irrational, let's just examine how people behave. And because of that we often find that people don't behave rationally and we have very different conclusions. With obesity we might say that people might want to be healthy and live longer and feel better about themselves, but doughnuts are very hard to resist. And chocolate cake at the end of the meal is hard to resist. And people have no clue about how these things accumulate and it's a slow progression of time of obesity and we don't see it happening every time. So we have lots of reasons of why people behave like this.
Now, I think there are two usages for behavioural economics. One is to attack economics. I think this is useful not so much because economics deserves more attacking than any other discipline, but because economics has been more influential on policy and business. So if economics had stayed in academia and people had taught economics and it had never become the social science of choice for policy and business, I don't think we would have attacked economics. There would be no reason for that. The reason most people attack economics is not because we want to change economics. It's because we want to change the people who use economics for practical purposes. I love economics. Economics has lots of wonderful things. I want people to study economics as it is. I don't want everything to be behavioural economics. Economists should do what economists do, but when people use them for policy, for business, they should say: ‘Let's be careful about using it.’
The second type of behavioural economics, which I actually care more about, is really about applied social science. It's saying it's not just about economics or psychology or sociology or anthropology, it's really about creating a new world for ourselves. We keep on creating new things in it. Computer interfaces, technology, food, space travel. We're doing so many things. How do the things that we're doing fit with our own ability to make good and wrong decisions? Let's try and just figure it out. The nice thing about it, if you think about history, you just look back. The nice thing about social sciences, we're envisioning the future. So we can ask ourselves, if you're going to create a different version of Facebook, one that would actually increase productivity, what would it look like? If you created a new way for people to take medication, what would it look like? So we don't just ask questions about the past, we ask questions about the future. We ask questions about how would you engineer the world, how would you design the world in a way that you move it forward in a way that is more beneficial. So for me it's all about using social science in the experimental strategy as a tool to figure out where we are, what we do well and what kind of future we want to create for ourselves.

Since There’s No Place To Go…